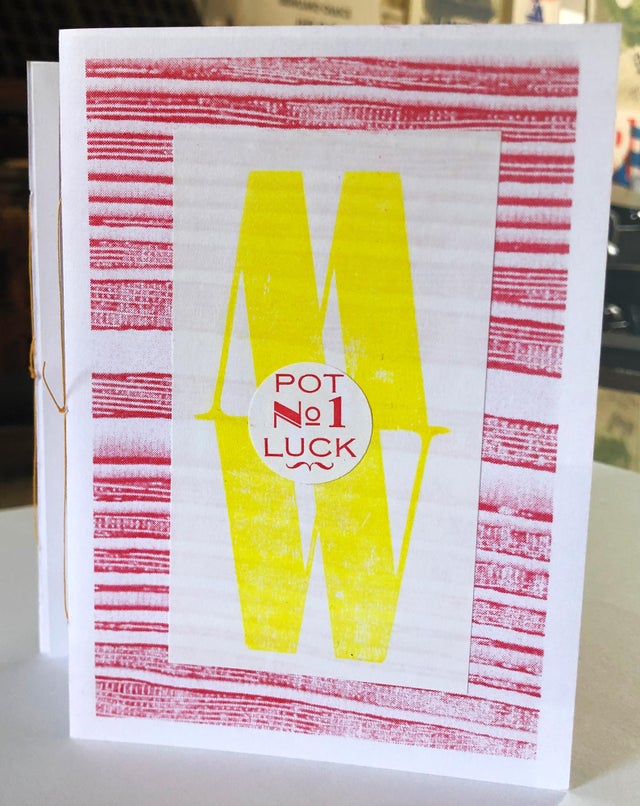 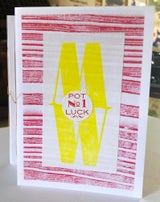 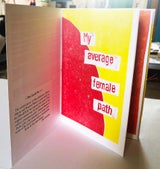 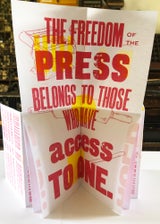 Pot-Luck No. 1 is an A6, 16pp + cover Risograph and Letterpress book printed and hand-sewn by Bristol Editions.

Bristol Editions is the collaboration of Zelda Velika, Gen Harrison and Cathey Webb. Pot-Luck No. 1 is the first in a series of their Messy Women projects.

The project is inspired by the loosely-formed 1937 collective of Edna Beilenson, Evelyn Harter and Beatrice Ward who produced what were described as ‘pot-luck’ bookworks. Their focus was ‘by and for women on the subject of women in print’. Their first publication ‘Bookmaking on the Distaff Side' led to their decision to make a series of modern day pot-luck books with a twenty-first century focus.